How can we help you today?

We all think of email as something that just pops up in our mail client (Outlook, Thunderbird etc.) and indeed that is true to a certain extent. But it is important to understand that the transition and structure of emails, is a complex process and there’s always a little more to it at a technical level so we are going to use some analogies to explain the entire process.

Please consider how you would usually formulate a letter, that you would normally take to the post office/mail office or put in a post-box/mailbox.

Initially a human grabs a piece of paper and begins writing the letter. Most letter writing standards stipulate that when writing a letter, you should write your own name and address on the right-hand side of the letter and the intended recipient on the left-hand side: much like the below 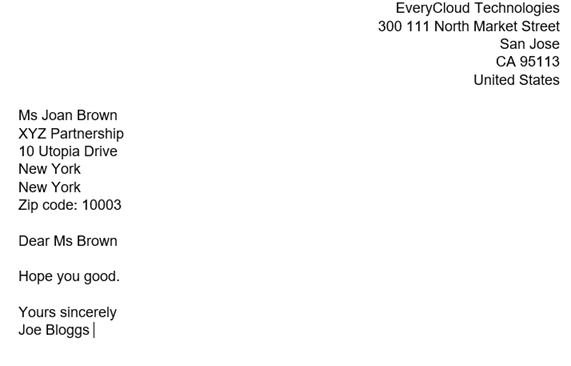 You then continue with the letter and once finished, the letter is placed into an envelope.

You seal the envelope, and then write the intended recipients address on the front of the envelope so the postman knows where the letter is to be sent. 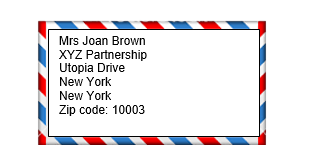 Another thing that a lot of people do, is to write their own sending address on the back or elsewhere on the envelope so that if for some reason, the mailman/postman can’t find the person at the recipients address? The post office will know who to send the envelope back to.

That’s it, believe it or not, that’s the exact same way emails are structured

So now you know how email transmission works, its virtually the same as the mail man analogy.

Did you find it helpful? Yes No

Send feedback
Sorry we couldn't be helpful. Help us improve this article with your feedback.